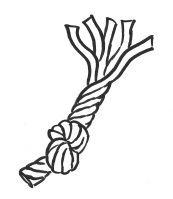 In 2007 Kevin Rudd defeated John Howard to become Australian Prime Minister and left-leaning people across the country celebrated in happy anticipation. Early in his term his government signed the Kyoto Protocol, repealed much of the infamous WorkChoices legislation, delivered a formal apology to Australia’s indigenous stolen generation, withdrew the combat troupes from Iraq and hosted the Vision 2020 summit, an ambitious initiative to help formulate long term directions for the nation.

A year later Barack Obama was elected the 44th President of the United States and the (moderate) left’s euphoria was almost fever pitch. Five years later, Kevin Rudd’s leadership legacy is a disgrace and President Obama risks being remembered as a polarising leader with an inability to win others to his reform agenda. What went wrong?

We usually associate facilitation with workshops, understandably so. But workshops are simply a microcosm of the system in which they occur. The skills that we associate with good facilitation end up being fundamental to effective leadership.

Facilitation is the art of cultivating understanding, buy-in and aligned action among diverse stakeholders –a crucial leadership skill. Good ideas generate pulses of energy among stakeholders, but change around those ideas is sustained by skilful facilitation; drawing out people’s diverse perspectives and intentions and folding them together into cohesive action.

In 2014 I am launching workshops to help leaders understand what it takes to cultivate understanding, buy-in and aligned action among diverse stakeholders. If you would like to become a better facilitator and ultimately be more effective at leading people, then I’ve love you to join me. Details for Melbourne and Sydney events are here.