In the last of this series, acknowledging the key influencers in my first career, I go back to the beginning. In fact, while I’d framed this as being about the foundations for the years between 20 and 40, I was only 18 when I met Tim McCormack. 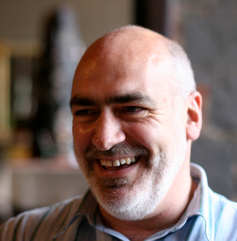 I had just returned from 12 months as an Exchange Student in Gifu, Japan. My childhood in Ulverstone, North West Tasmania was happy and successful; I’d done OK at school, socially and in various sporting endeavours. Japan had opened me up to the world beyond my little pond; I returned slightly less naïve ready to take on the world. I was a green and zealous young man. I left home and moved into a residential college at Uni in Hobart and in orientation week was welcomed by Tim. His influence on my life was swift and deep.

I was hungry to develop, I was alert to opportunities and was sponge-like in my enthusiasm. I absorbed and mimicked many things from Tim but there are two things in particular that defined the way Tim lived that were so attractive to me I found myself taking them on.

Firstly, Tim was an enthusiast. He was (and probably still is) confident and charismatic. He had passions. He loved the Tasmanian outdoors, he fiercely supported Australian Rules Football team Carlton, and he had a love affair with 1963 EH Holdens. He was active, social and political. People liked him and he liked people. Tim gave me permission to be energetically and irrationally committed to living life at full volume. Fanatical even. We believed in ‘rightness’, to the extent we made decisions that were against the grain.

But Tim’s enthusiasm wasn’t scattered and shallow. One of his attributes that most endeared him to me was his polish and depth. He had an eye for quality that was contagious. He was articulate and considered.

Coupled with his enthusiast nature was a startling generosity. Tim demonstrated time and time again that the money in his wallet belonged to whoever needed it most. I listened wide-eyed to the story of how he’d saved to buy a beloved EH and then given the lot away. It was not that I hadn’t experienced generosity before, but Tim’s style was risky. Resources were simply a tool for living. He gave away time and things. He seemed to be testament to the proverbial truth that what goes around comes around, the more generous he was, the more came back to him.

Tim has a stellar and distinguished career. It has been many years since we shared a coffee, but I come across his name or voice from time to time. Notably, in 2010 he was appointed as Special Adviser on International Humanitarian Law to the Chief Prosecutor at the International Criminal Court, an outstanding achievement.

Mate, thanks for believing in me. Thanks for the years of friendship and for imparting something of your enthusiasm for life and generosity of spirit.